What is Quantum Chemistry Molecular Modeling?

In order to answer the question of whether hydrogen molecules react with hydroxyl radicals in the cellular environment in the body, the structure of van der Waals aggregates of HO radical, H2 and H2O is determined by molecular mechanics (see the figure below). The single point energy for the structure was calculated. The heat of formation (SPE) obtained at that time is endothermic and is required to be +77.8 kcal / mol. We verify that the energy structure of the molecular orbital is easily reduced and easily oxidized (EbLUMO, and EbHOMO) . From the theory FIR spectrum, it was verified that the molecule aggregation proceeds exothermically. 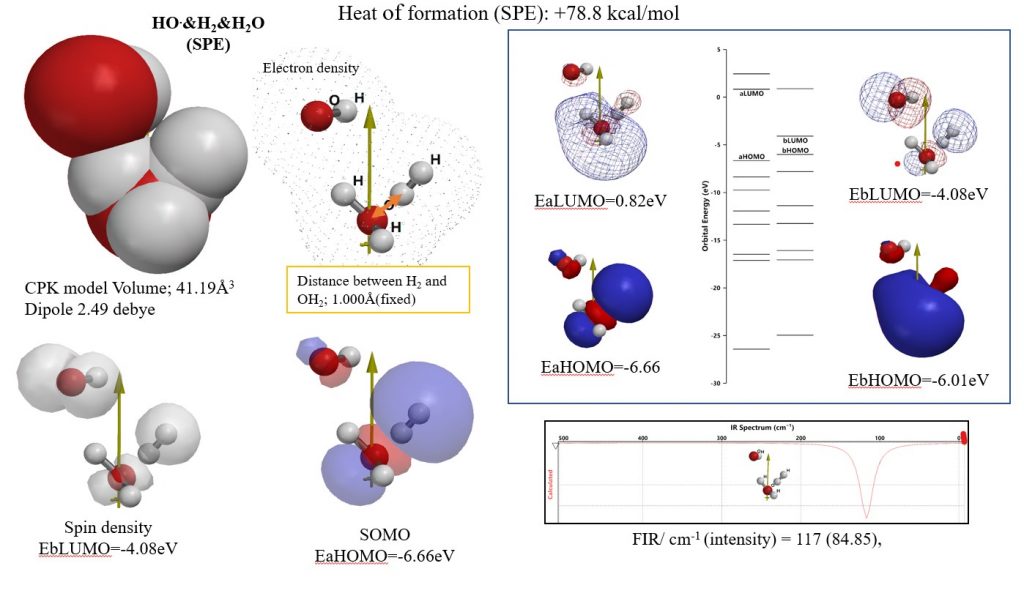 Example 1-2 of quantum chemistry molecule modeling：
Equilibrium geometry [HO. & H2 & H2O (EQG)] can be regarded as a reaction intermediate in which the cleaved hydrogen molecule exhibits reducing power to HO.

The Equilibrium geometry structure for the SPE structure of the van der Waals assembly of HO radical, H2 and H2O was determined. The Heat of formation obtained at that time was exothermic and was -16.2 kcal / mol. In the EQG structure, hydrogen molecules are in a cleaved state, and the theoretical FIR spectrum shows that the reaction proceeds exothermicly by absorption of electromagnetic energy. The formation of an associated intermediate [(H３O) ..] between a cleaved hydrogen molecule and a hydroxyl radical can be predicted. 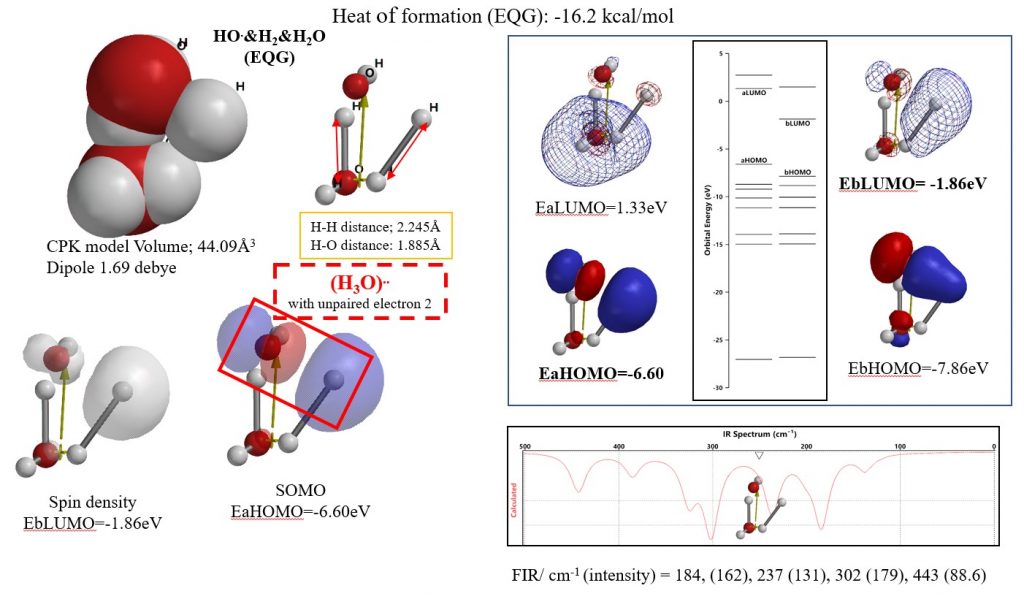 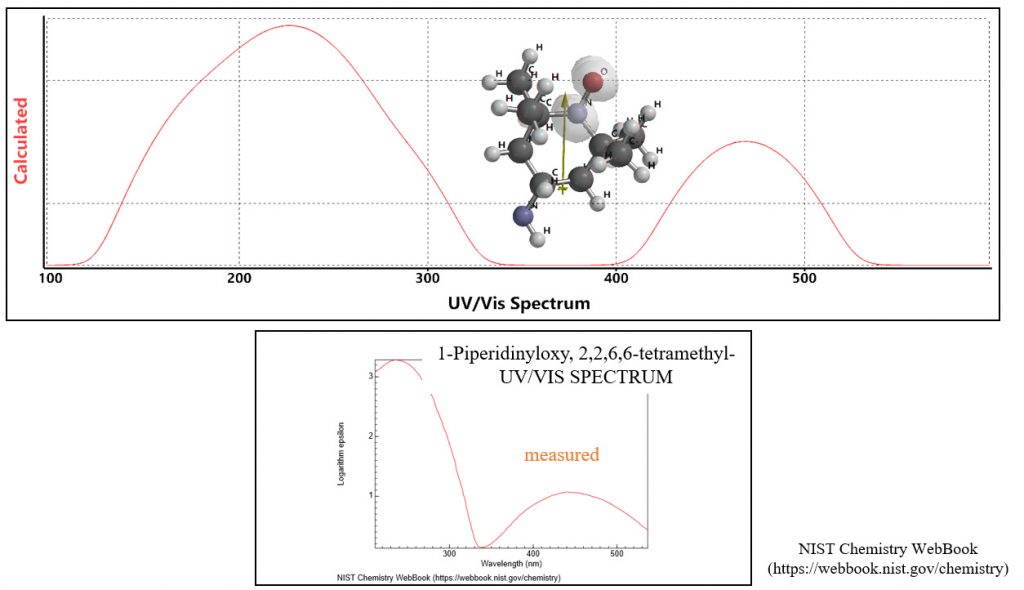 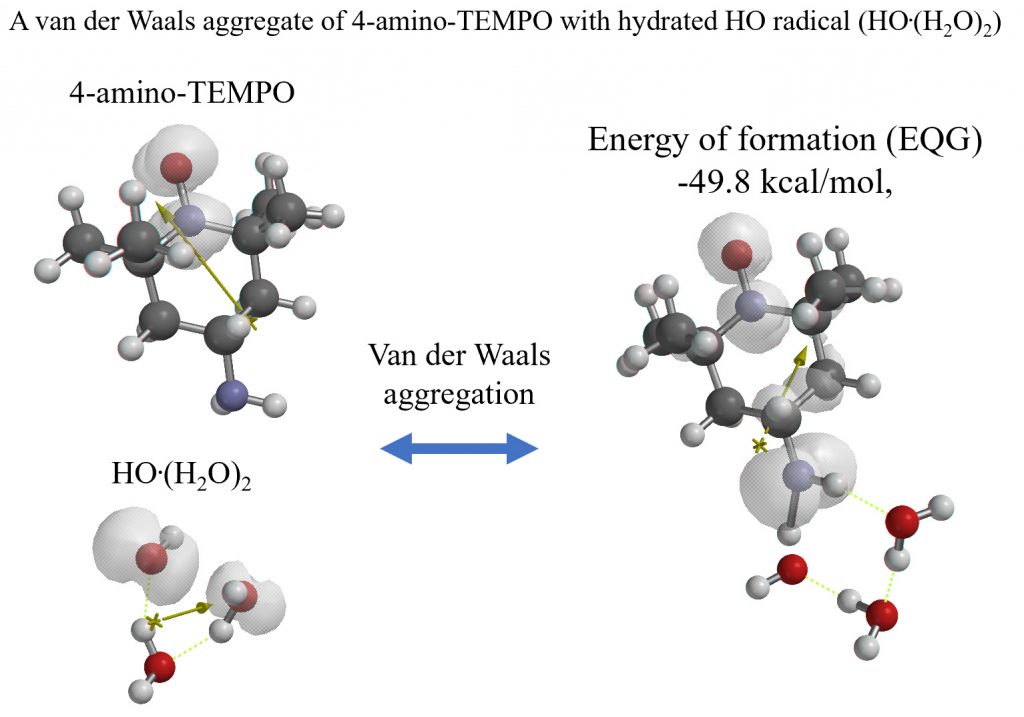