History of establishment of research institute

Prof. Yanagida was involved in the research fields of oil and fat chemistry in his 20s, synthetic and coordination chemistry in his 30s, photosynthesis chemistry in his 40s, photoenergy conversion chemistry and microwave chemistry in his 50s, and dye sensitized solar cells in his 60s. He has clarified in recent years that his quantum chemistry molecular modeling using high-end supercomputer-like personal computers is a “theoretical experiment” that is effective for verifying and predicting chemical phenomena involving molecular van der Waals force assembly systems.

On the other hand, Managing Director Kokago had been involved in the manufacturing and sales of the health supplement “Seiyotan”, which originated from the treatment method using iodine, which contributed to the treatment of the Spanish cold. However, he learned that iodine cannot be used directly in the production of “Seiyotan” as a dietary supplement.

We established M3 Research Institute Co., Ltd., and confirmed by “quantum chemical molecular modeling” the reason why iodine in “Seiyotan” promotes vitality (will power), intelligence (thirst of knowledge), and health.

Based on the theoretical verification, M3 Research laboratory inc. succeeded in producing a nutritional food “Iodine Omega 3” that intentionally used the word of elemental iodine. ”Iodine Omega 3″ has been on sale from Nippon Yakusen Co., Ltd. in April 2020. 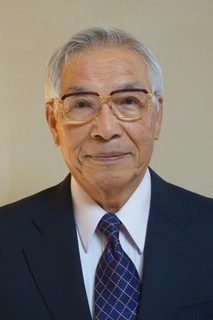 After retirement, he became a specially-appointed professor of Frontier Research Institute of Osaka University. He continued R&D on above-mentioned DSC, SEMC, and MWC under support of NEDO, Shimane Prefecture, and KANEKA Company. He has been appointed to a research director of “Research Association for Technological Innovation of Organic Photovoltaics” of University of Tokyo (RATO), and to a member of advisory board of Japan Society of Electromagnetic Wave Energy Applications（JEMEA）He has been recently appointed as an adviser to the New Chemical Technology Development Association (JACI).

Recently he was given the first prize from JEMEA. Important contribution to JEMEA is DFT/MM based elucidation of microwave energy-driven quick heating of water.

For his past research work on quantum chemistry molecular modeling, please search Google using his name, DFT, and Spartan as keywords.